Here is some very good news…

Chocolate is one of the world’s favorite flavors, possibly the most loved taste in the world. Am I right? If you’re a fan of chocolate, you’ll probably be very happy with this news. Did you know that there are several health benefits of chocolate? Research published recently mentioned that frequent chocolate eaters may more often have lower BMIs!

But you must keep in mind this:

While chocolate can do the body good, the study certainly doesn’t go as far as proving a causal link between eating more chocolate and losing weight. Keep in mind that all chocolate was not created equal: Dark chocolate packs more of a health punch overall, but even the bittersweet varieties can be high in calories, fat and sugar.

However, treating yourself to a small amount of chocolate regularly is definitely a health message we can get behind. Take a look at some of the surprising health benefits of chocolate below, then tell us in the comments why chocolate is a part of your healthy diet. 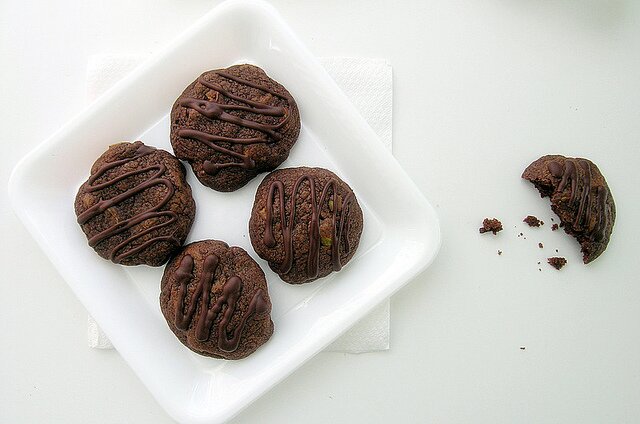 A 2011 Swedish study found that women who ate more than 45 grams of chocolate a week had a 20 percent lower risk of stroke than women who treated themselves to fewer than 9 grams of the sweet stuff. 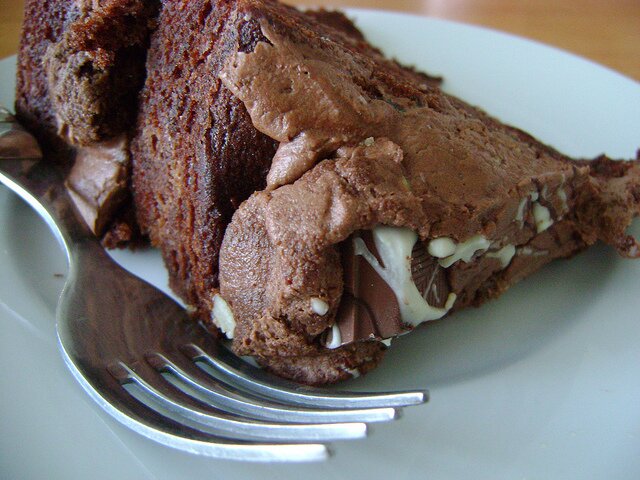 Regular chocolate eaters welcome a host of benefits for their hearts, including:

One of the reasons dark chocolate is especially heart-healthy is its inflammation-fighting properties, which reduce cardiovascular risk.

#3 Chocolate Fills You Up 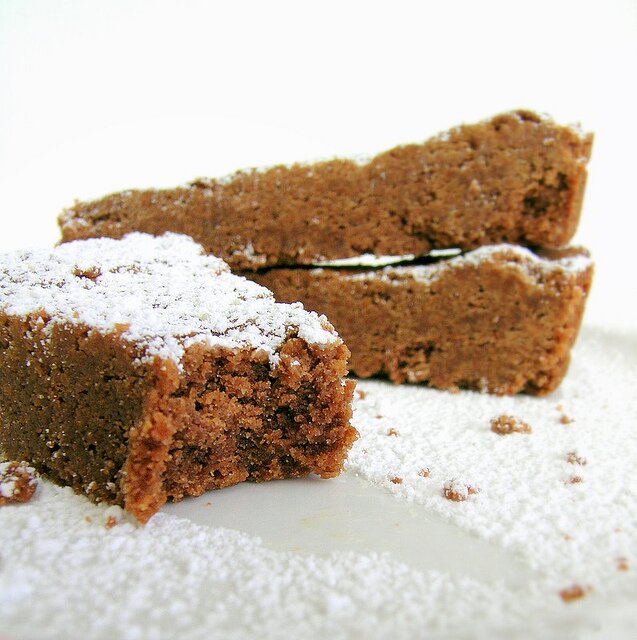 Because it’s rich in fiber, dark chocolate can actually help keep you full, so you’ll eat less, Dr. David Katz, founding director of Yale University’s Prevention Research Center and HuffPost blogger told The Huffington Post. Regular chocolate eaters might do themselves a favor by treating themselves to a bite instead of snacking on “11 other things first” he said.

Dark chocolate does the trick much better than milk, according to a small study from the University of Copenhagen, and may even reduce cravings for sweet, salty and fatty foods. 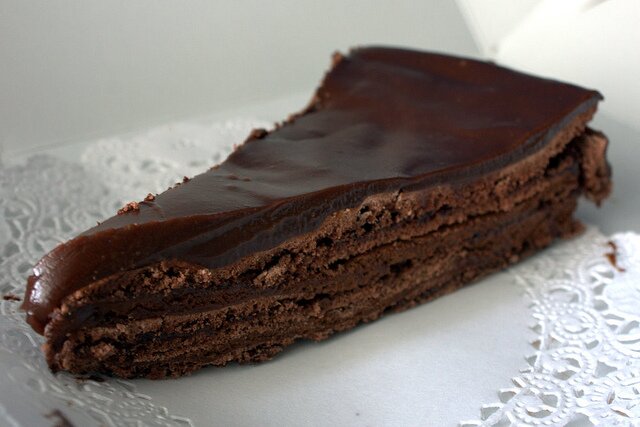 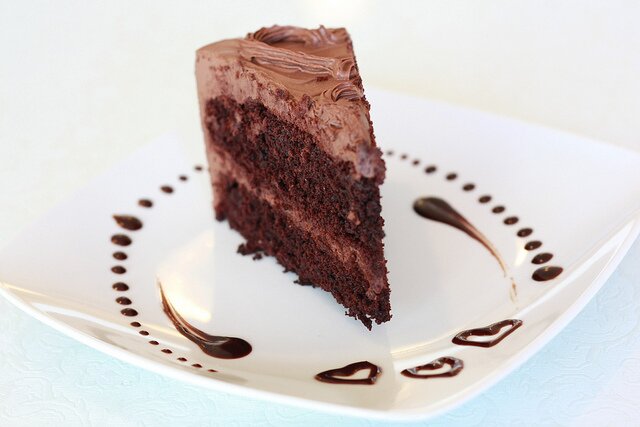 Forget what you’ve heard about chocolate causing breakouts: Dark chocolate is actually good for your skin. The type of antioxidants called flavonoids found in dark chocolate offer some protection from UV damage from the sun. And no, that does not mean you can skip the sunscreen! 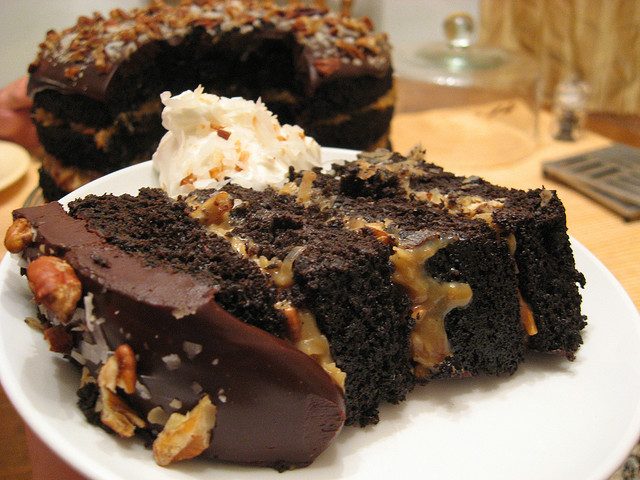 Can’t stop coughing? An ingredient in chocolate called theobromine seems to reduce activity of the vagus nerve, the part of the brain that triggers hard-to-shake coughs.

In late 2010, the BBC reported that scientists were investigating creating a drug containing theobromine to preplace cough syrups containing codeine, which can have risky side effects. 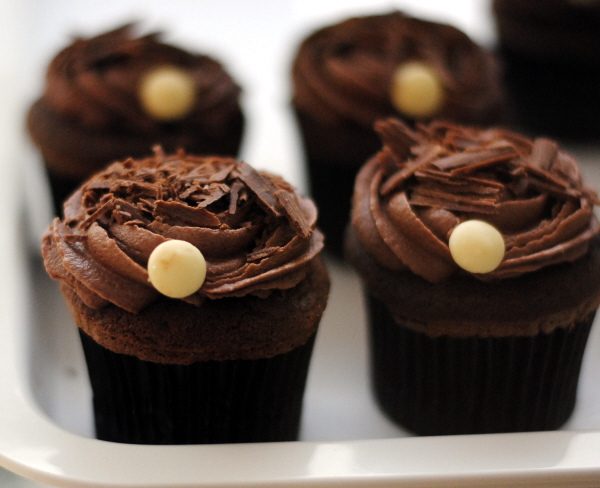 There’s no denying that indulging your sweet tooth every once in a while feels great. Enjoying food is part of enjoying life, points out HuffPost Healthy Living’s wellness editor, Dr. Patricia Fitzgerald. 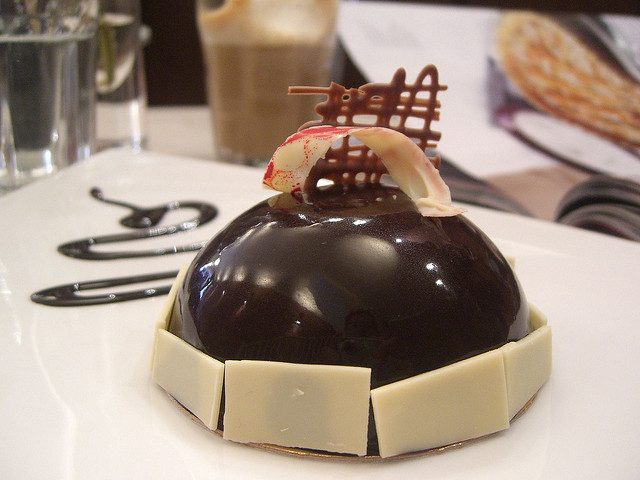 Cocoa has anti-clotting, blood-thinning properties that work in a similar way to aspirin, Dr. Fitzgerald writes, which can improve blood flow and circulation. 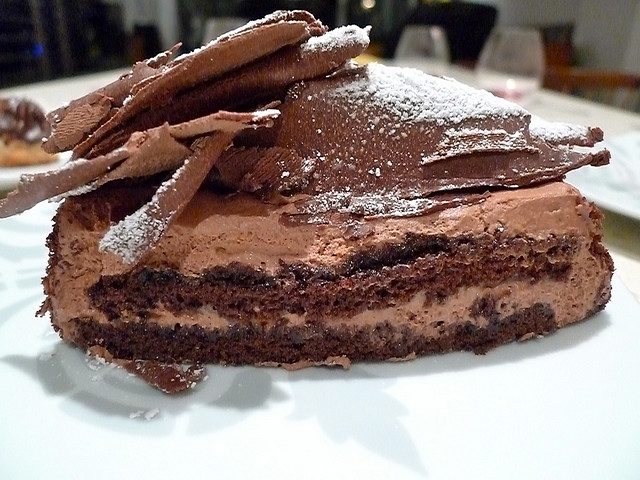 Because of chocolate’s ability to improve blood flow, in particular to the brain, researchers at the University of Reading hypothesized in a small 2011 study that chocolate may also increase blood flow to the retina, thereby giving vision a boost.

#10 Chocolate May Make You Smarter 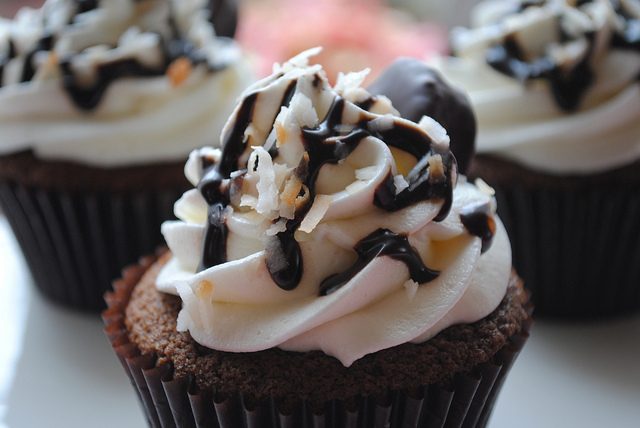 That boost of blood flow to the brain created by cocoa’s flavanols seems to make people feel more awake and alert, and, in a small British study, perform better on counting tasks.

link to Face Skin Care: 10 Product You Must Have!

Do have a proper face skin care? The first signs of aging usually appear in our faces… So, you should start taking proper care of your face skin. Here’s an useful article, written Paula...

Dragon fruit, also known as pitaya or pitahaya, is native to South America. It can also be found in Southeast Asia, particularly in Malaysia, Taiwan and Vietnam. The Philippines and California also...

This web site is dedicated to providing quality information on the product.


Here you will find helpful reviews, informative information and tips and much more. This site is in the format of a ‘weblog’ so that each time I post new information, it will come to the top of the front page. This means that you can check back here frequently to see new updates to the information found here.


You can navigate through the site by using the menus on the sides of the page. Also don’t hesitate to follow the links you see in bold throughout each post to learn more about the product being spoken about.


I hope you find the information I provide valuable and helpful.